Italy is probably the most recognizable country in Europe due to its very specific shape that resembles a boot, so come and discover the heel of Italy. We’ve all heard about and many of us visited the major cities of Italy, picturesque destinations like Florence, Venice, and Rome, but how many of us have been curious enough to discover the heel of Italy? Considered to be one of the most beautiful regions in Italy, Puglia or Apulia hides in the heel of the country and lures visitors with splendid beaches, glorious mountains, enchanting architecture, and food like only Italians can prepare.

The city of Lecce dazzles travelers with its Baroque architecture that dominates the streets. Also known as the “Florence of the South”, Lecce is home to some of the most beautiful and best-preserved Baroque buildings in the world, magnificent churches, and palaces that remind visitors of the city’s flourishing 17th century. Moreover, history buffs also love to discover traces of the Greeks, Romans, Normans, and Saracens who have once inhabited the settlement. The locals haven’t forgotten their roots and continue to sustain the city’s economy with the production of olive oil, wine, and ceramics. Don’t miss a tour of Piazza del Duomo and visit the beautiful Basilica di Santa Croce for a chance to admire one of the finest Baroque facades in the country.

Possibly one of the most famous towns in Puglia, Alberobello is known for its unique houses with no equal in the world. Called trulli, these extraordinary houses are remarkable due to their circular cross-section and distinct cone roofs. The trulli are present on the UNESCO World Heritage List and date back to 200 or 300 years ago. Some of them are still inhabited, in the district of Aia Piccola, while others are now restaurants and boutiques with souvenirs. Alberobello is situated 50 km southeast of Bari, in central Puglia, where you’ll also find Itria Valley, home to charming little towns and delicious agricultural products.

Not many visitors stop to visit Bari but the region’s capital is the second-largest city in southern Italy, after Naples, and has many wonderful surprises in store for curious travelers. Its old town is well preserved and invites tourists to explore winding streets and admire imposing buildings like the majestic Cathedral of San Sabino, built in the 12th century. There’s a certain romantic atmosphere in the “Citta Vecchia” of Bari where a maze of alleys will lead to wonderful sights. Basilica di San Nicola is a beautiful example of Romanesque architecture while other structures exude the charm of Norman, Byzantine, and Arab civilizations. The city’s fortress, Castello Svevo or the Swabian Castle dates back to 1233 and illustrates the Byzantine-Norman architectural style.

The town of Ostuni is a mesmerizing destination that reminds travelers of the Greek presence in the region. All dressed in white, Ostuni exudes a Mediterranean ambiance. Visitors spend their time walking along ancient cobblestone streets, visiting imposing churches, and admiring the beautiful white houses along the way. The Cathedral and the Bishop’s Palace make a memorable impression on everyone who sets their eye on them but every one of the old homes in Ostuni is truly extraordinary.

Situated on the Adriatic coast, Polignano a Mare captures the romance of seaside Italian towns. Dating back to the 4th century BC when Greek settlers founded the city of Neapolis, Polignano a Mare is often visited for its fascinating historic center that overlooks the sea. However, most travelers come here for its magnificent beach and fantastic cliff diving adventures. For an unworldly dinner experience, book a table at the splendid Grotta Palazzese restaurant that serves authentic Italian food in a vaulted limestone cavern.

Taranto – The City of the Two Seas

Once you get on the Ionian Coast of Puglia, you will be welcomed by the city of Taranto. With a history that goes back to 700 BC, Taranto is the largest town on the coast and an important commercial center. The waterfront is dominated by the presence of the 15th century Aragonese Castle while the Old Town will take you back to Byzantine times and Greek pages of history. You’ll soon notice the city’s beautiful two bays, the Mar Grande, home to the commercial port, and the Mar Piccolo, where you’ll find the fishing fleet, as well as the old town center. Visit the Cattedrale di San Cataldo for stories dating back to the 11th century, as well as the Aragonese Castle, built by King Ferdinand of Aragon.

Founded by the Greeks, Gallipoli is synonymous with history, culture, and beautiful beaches. Conquered by various powers, including the Byzantines and the Normans, Gallipoli has many stories to tell. The old town awaits on a promontory and is connected to the mainland by a 17th century bridge. Dotted with colorful houses adorned with flowers, the town invites visitors to discover a maze of winding lanes.

Once the largest olive oil market in the Mediterranean, Gallipoli is packed with historical sites like the 13th-century Byzantine castle, impressive Baroque churches, and majestic palazzi. The city’s beach, La Spiaggia della Purita, is often a meeting point for sun worshippers who want to combine a historic tour of Puglia with summer fun. 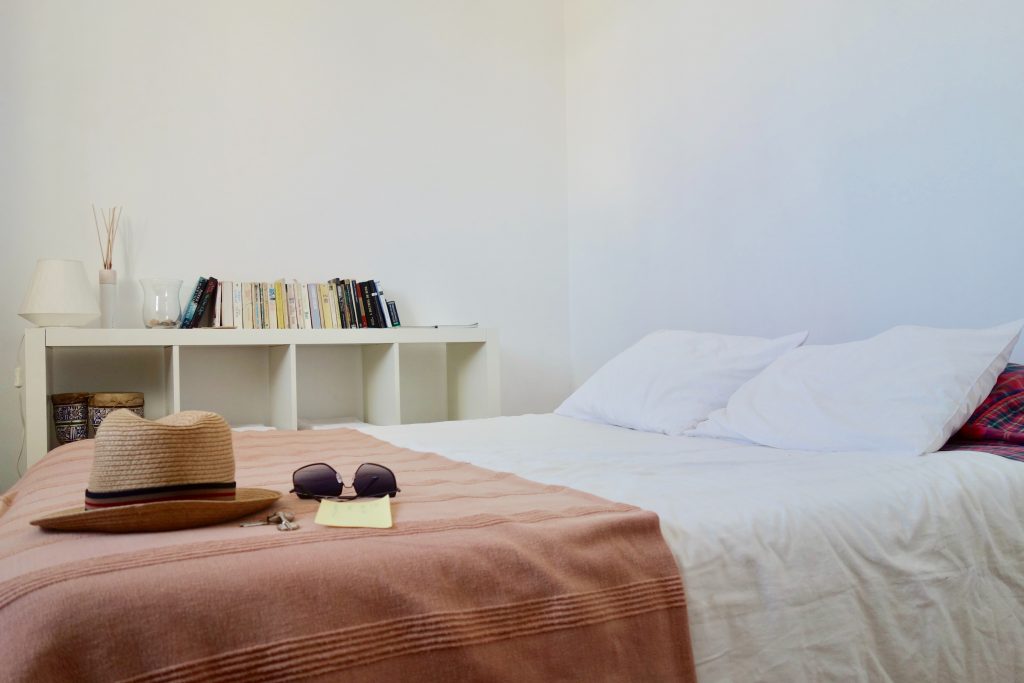 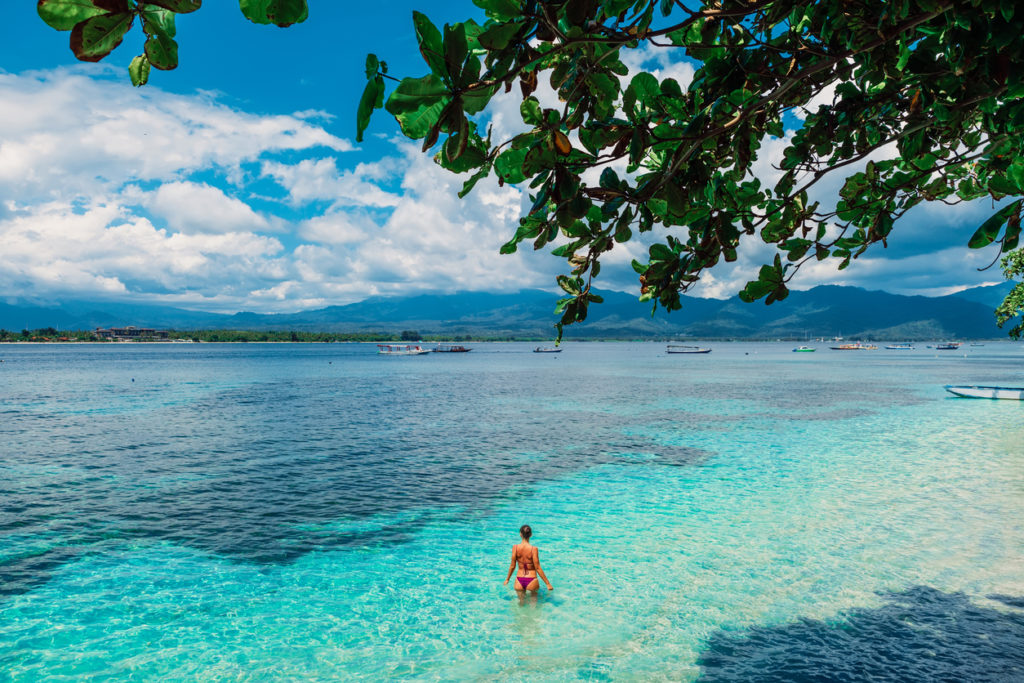 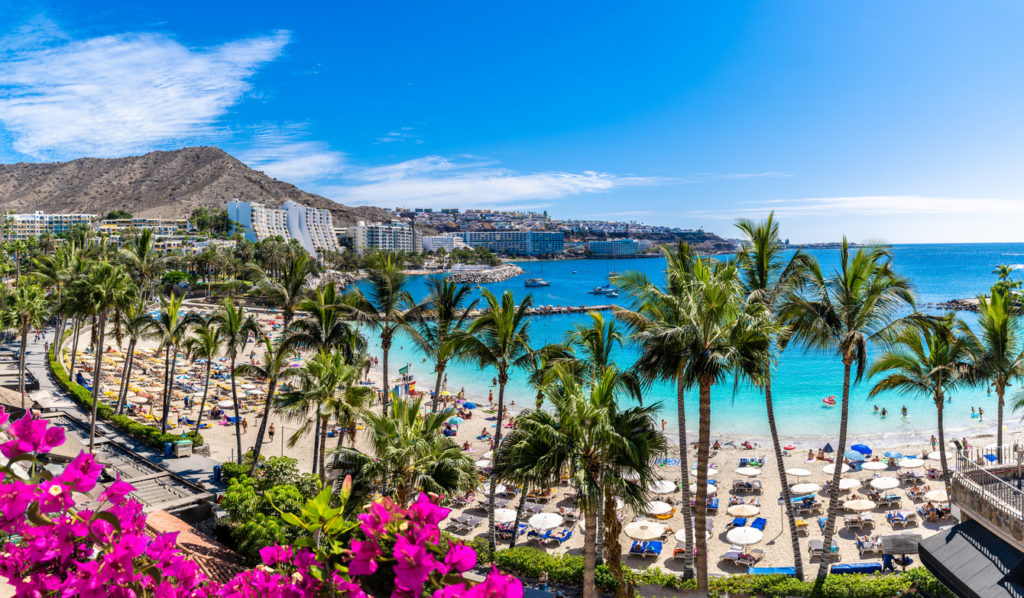 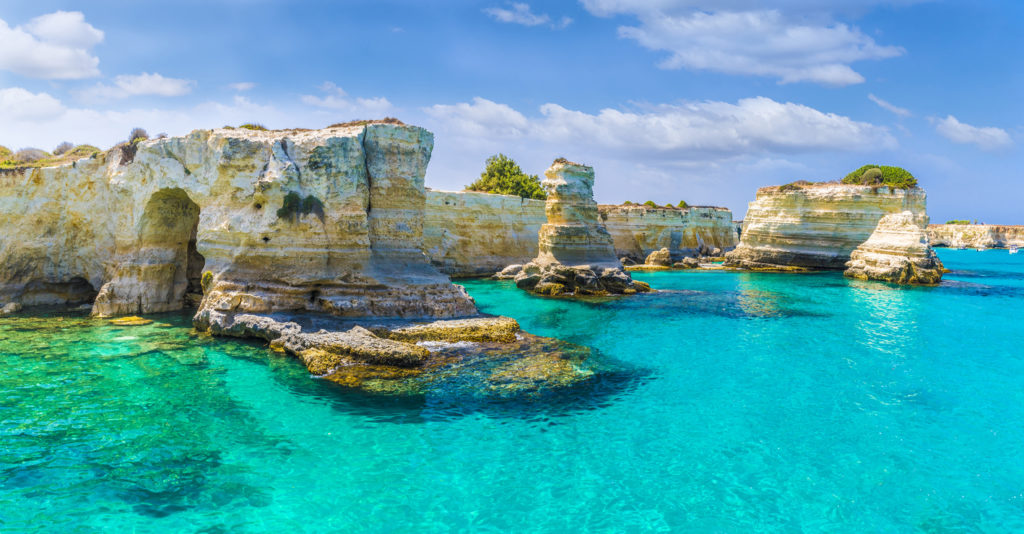